In 2011 the legendary Jeff Vogel asked for my help in getting their new game, Avadon, onto Steam (this is before Greenlight folks). A 4.5 hour drive to Seattle and a meeting with the Valve team later and success! Since then VGSmart has worked with Spiderweb Software on PR and distribution opportunities for their entire catalog, including multiple new games including Avadon, Avadon 2, and Avernum: Escape from the Pit. This included Spiderweb’s first push into mobile, which was met with resounding success.

In 2010 I joined forces with Muse Games to begin promoting Guns of Icarus Online. It’s been a crazy ride so far and it isn’t over. Guns has been featured on dozens of popular Youtube channels, including Yogcast, Jesse Cox, Total Biscuit, Markiplier, PewdiePie, Dodger, Cryton, Angry Joe, Team Bro Pill, and SO MANY MORE. Later this year we’ll be releasing Co-Op Mode, making Guns of Icarus Online one of the few games to move from a full PvP game to a PvE game. Following Co-Op Mode are plans to expand the game further into the realm of PvE with the full Adventure Mode experience, which will add an overlay of many MMO style features to the game and more persistence within character/ship development.

To date Guns of Icarus Online has sold more than 300,000 copies worldwide. Neato!

Find out more at www.GunsofIcarus.com 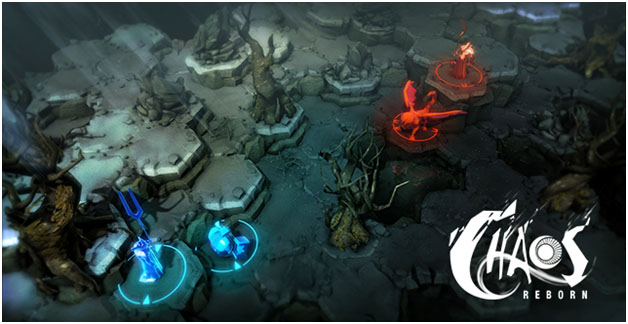 When Julian Gollop, creator of X-com, comes to you for assistance you don’t say no. So with about two weeks to go on their Kickstarter campaign we did a little work to help ensure they met their goal. Given the short time frame and the game’s calendar colliding with Pax East it’s honestly unclear what impact we were able to produce but the important part is it was successfully funded and VGSmart is lined up to be the PR company for the game.

So what is Chaos Reborn? Chaos is a turn based strategy game based on the original ZX Spectrum classic from 1985. The idea of the game is that it’s all about chance, bluffs, and wizards. With a very limited selection of random spells per battle and a % chance to cast each, anything can happen. Every time you use a spell it’s gone forever, but it isn’t all random. For both creatures and spells you can affect the chance to cast by moving the law or chaos meter in the direction you want. The bluff mechanic comes into play when, at any time, you can summon any creature as if it were real as an illusion with 100% chance to cast. In return, an enemy wizard may dispel an illusion creature with the disbelieve ability, which does use his turn but instantly destroys the illusion (and does nothing if it is real).

Basically the game title says it all: It’s Chaos, Reborn.  Find out more at www.Chaos-Reborn.com.